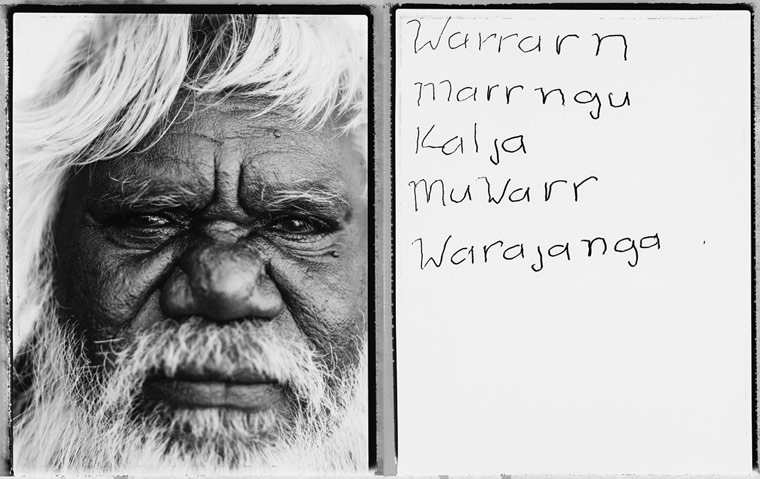 Bruce Thomas, a traditional Mangala man who grew up with Nyangumarta people, was appointed the first Chairperson of Wangka Maya and still holds that honoured position. He was entrusted by the community to look after their interests, and has a deep personal passion for the keeping of language. He recalled that as a young man, he ‘…went back to school in Strelley, learning to read and write in Nyangumarta at night classes. From there, I got a job in the Strelley School as a language teacher. I worked with the high school transcribing language from tapes and teaching the young boys how to transcribe.’ He speaks several languages himself, and travels extensively in the Pilbara collecting stories, making sound recordings and videos, and taking photographs for his language work. In 1994 he wrote and translated Two short stories in Martu Wangka, published by Wangka Maya Pilbara Aboriginal Language Centre.

Writing by subject. Translation: ‘Language, land, culture, people are one’