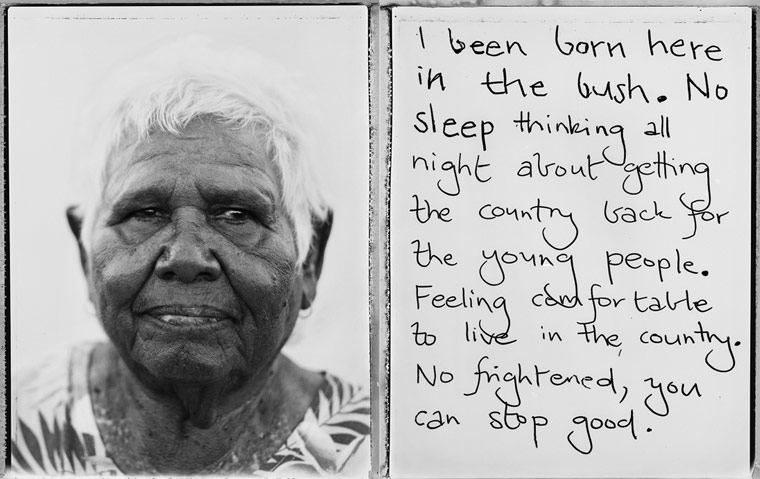 Winnie Coppin, daughter of legendary Indigenous horse trainer Tommy Gray, was the third wife of Peter Kangkushot Coppin. She had been working on Mandora Station, but while a patient at the Port Hedland hospital in the 1950s she decided not to return. The authorities told her she needed a permit to stay in town (the law still stipulated that no Indigenous person could travel without a permit), to which Winnie replied: ‘I don’t have a permit. I’m not a dog.’ She met Peter Coppin when she joined the group at the Two Mile camp.