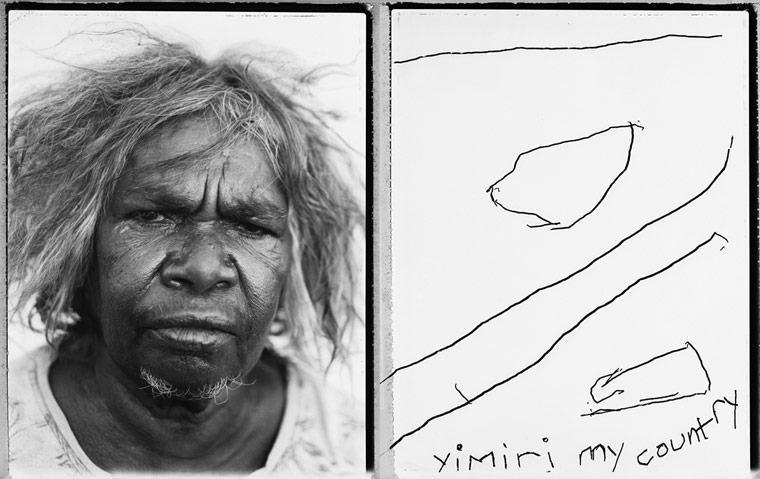 Seventeen-year-old Yuwali (Janice Nixon), and her surviving family group of about 21 women and children, were ‘brought in’ by Native Patrol Officer Walter MacDougall from Wirnpa country and settled at Jigalong in 1964. The area they were travelling, the Central Aboriginal Reserve, was in the flight path of the Woomera Rocket Range. Yuwali’s memoirs of their last pujiman [traditional] days form the basis of a gripping story in Cleared out (2005), now a film titled Contact (2009). Their relocation was for their safety, but it is clear from her account that they were frightened and suspicious, and their lives would never be the same again.

She recalled that ‘We were all frightened. We told them that devilmen were after us in the motor car. We thought that the motor car was a devil. We had never seen a motor car before.’

Etching by subject. Yuwali has drawn her country—Yimiri—in the Western Desert.